Only The Khilafah Could Alleviate The Plights Of The Pattani Muslims 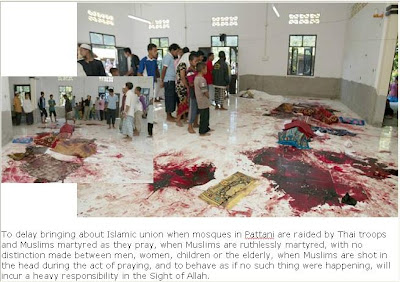 The oppression and violence to which Muslims in Pattani, an autonomous region affiliated to Thailand, are subjected is little known to the world public. But this terrible persecution in these fertile and wealthy lands in Southeast Asia has been going on for some 200 years.

The Siamese inflicted terrible tortures on the Muslims they took captive. They sewed their ears and legs together with a strong cord made of a kind of hemp. The Muslims they brought to Bangkok under that ghastly torture were put to work as slaves digging ditches with no tools or equipment. The sultan of Pattani was savagely killed by the Siamese at the end of the fighting. After the war, Pattani was divided into 7 regions by Thailand and forced to pay taxes and spent the next 70 years under total Siamese rule.

In 1909, the Siamese gave Pattani a kind of nominal independence, but the oppression by the Thai administration continued at the same pace as before. The Muslim Pattani rose up time and time again for full independence, but were savagely put down every time. There was a huge increase in migration to Malaysia at that time. 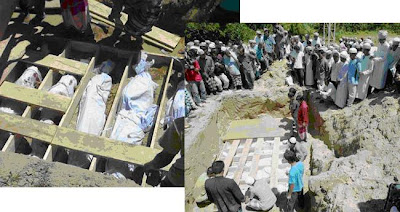 The Thai administration followed a policy of pressure and assimilation aimed at destroying the Islamic identity of the Pattani people. The first measure was to completely ban the activities of Muslim educational institutions in 1932. In 1944, a wide-ranging campaign of annihilation was initiated, with the leaders of the Pattani Muslims and their families being savagely slaughtered by Buddhists. It was forbidden to obey Islamic laws or engage in Islamic worship, while Buddhist beliefs were also imposed on the people. Buddhism was forcibly taught in schools, and Muslim students were even forced to act according to Buddhist teachings.

The Thai administration also perpetrated terrible mass killings of Muslims at various times. In 1944, 125 Muslim families were burned alive in the Belukar Samak region alone. The Thai administration’s policies of assimilation manifested themselves in all spheres of life. Many mosques in Pattani were torn down.

On the other hand, Buddhists were encouraged to migrate to the Pattani region within the framework of this policy of assimilation, and the ethnic balance of the population was altered. The largest statue of Buddha in Thailand was erected in Pattani. The Muslim population was forced to worship statues of Buddha. Some of those who refused were martyred and thrown into the Kota River. Thousands of Pattani people were subjected to inhuman tortures. Eminent Muslim scholars were martyred for suspicious reasons in health institutions established by the Thai regime and unsolved killings and disappearances became part of the Pattani people’s daily lives.

Today, Muslims are deprived of all political and cultural rights in Pattani, which has an Islamic population of some 5 million. The population is subjected to attacks by Thai troops on an almost daily basis. According to information from leading Pattani Muslims, an average of 7 or 8 Pattanis are martyred by Thai troops every day. Those who are not martyred are either taken off to concentration camps or else disappear, never to be heard of again. Many people are forced to leave their homes, and those who object to enforced migration are martyred. There are some 30,000 widows and 40,000 orphaned children in Pattani, where the great majority of women have been raped, where mosques are demolished and Muslims are tormented by pigs being released into their homes and fields. More than 400 people have disappeared under the martial law enforced over the last 3 years, some 2300 have been martyred and another 4000 detained for illegal reasons. There are currently 30,000 people being held in concentration camps. Conditions in these camps have been described as follows in the press:

Most of the prisoners held naked in the camp bear the signs of blows on their bodies, and the Pattani detainees appear exhausted, weak and sorrowful. In addition, soldiers have written numbers on the detainees’ bodies. When the Thai troops want to address the Pattani detainees they use these numbers instead of calling them by name. Female Pattani detainees are mainly held in a concentration camp near Galuvo Village, affiliated to Narativa. The Pattanis say that women in this camp, which holds more than 100 female prisoners, are systematically raped by the soldiers. 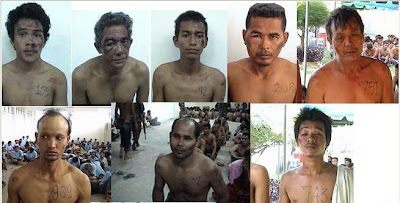 It is forbidden for Muslims to use Islamic names, and some have even been forced to adopt names with pagan meanings. The bans on communications make it difficult for our Pattani Muslim brothers to tell the world of this persecution. The foreign press is forbidden to enter the region and take pictures, while public use of the internet is severely restricted. 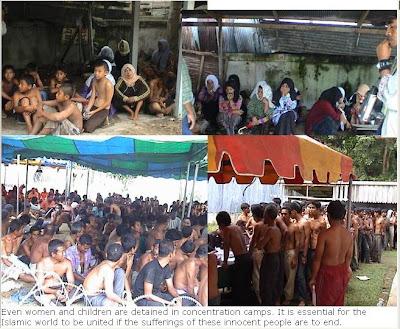 Many people in the Islamic world may be unaware of what is taking place in Pattani. But the fact is that our Pattani brothers are trying to survive under severe oppression.

The whole Islamic world has a responsibility to strive on behalf of the poor women, children and the elderly literally held captive in Pattani, of the tortured, of those Muslims whose places of worship are destroyed, and of the innocent people ruthlessly forced to labor in the concentration camps. Allah reveals how Muslims have a duty to strive on behalf of those who are wronged in verse 75 of Surat an-Nisa’:

“What reason could you have for not fighting in the Way of Allah – for those men, women and children who are oppressed and say, ‘Our Lord, take us out of this city whose inhabitants are wrongdoers! Give us a protector from You! Give us a helper from You!’?”