[The army of Dajjal]

This news is just unbelievable, but at the same time, we are not entirely surprised.

The Israeli Defense Force (IDF) is training Jewish people in NY and creating a militant group whose purpose is to protect Jewish interests in America. Just look what is in bold; the following is taken from The Jerusalem Post:

“The goal of the organization is to have a competent and professional group of armed volunteers ready to respond to a threat at a moment’s notice in any area where Jews reside,” explains the Israeli combat veteran.

“We do not carry out demonstrations or political activity of any kind as we have no political agenda. Our agenda is to protect Jews wherever and whenever necessary and by any means needed.”

On Friday, the third session of the group’s training camp will begin in the Catskills woodlands of upstate New York, on land belonging to a Jewish supporter of the organization. With tuition at $400, the group expects 15 participants and five instructors for the 10 days of training. Participation has doubled since the group began three years ago.

Kitat Konenut New York is modeled on the rapid response teams in the West Bank settlements that are often the first to act when terrorist attacks or other emergencies take place. The group bills itself as religious-Zionist but nonpolitical.

American Jews have “felt a false sense of security in the United States,” Stern believes, “because historically there has been less anti-Semitism than in other countries. But there have been incidents – neo-Nazi terrorist attacks, Arab terrorist attacks. Jews have to be vigilant.”

“The threat is not from the American people or government,” he adds, but from “terrorist sleeper cells that want to target Jews. These people are very dangerous and the FBI issues warnings against them very often,” he said, citing the FBI’s warning, after the killing of Hizbullah operations chief Imad Mughniyeh in Damascus in February, that the Lebanese group might carry out terror attacks on Jewish communities.

“The average American is friendly to Jews, but we’re worried about those individuals on the periphery of society,” Stern says.

The group was founded in the summer of 2006 in response to the shooting attack at the Jewish federation of Seattle premises by local Muslim Naveed Haq.

“We realized there is a need for this kind of organization, and as Israeli combat veterans living in the US, we have the skills and ability to respond to this,” Stern says.

The group’s MySpace page details the camp’s regimen, which includes training in the IDF’s Krav Maga martial art, use of non-lethal weapons and identification of suspicious objects, but also sharpshooter and assault rifle training, infantry exercises and endurance marches. Explanatory literature lists a large number of weapons with which participants can expect to train.

“We believe all Jews in the US must be legally armed and trained,” Stern says, “and towards this goal we hold paramilitary training camps to train and equip Jewish American youth.”

The group’s literature notes emphatically that all firearms used in training “are 100% legal and in compliance with all federal, state and local laws.”

“We strongly believe in the constitutional right to bear arms and we express this right to its fullest,” it adds.

The group claims to be “well-connected with the New York police and fire departments” and it invites “all members of the law enforcement community to join in our life-saving activities.”

Stern says, “We are all legally armed and carry radios and cellphones” during all hours of the day, and even on Shabbat, “as we need to be constantly ready to respond to any incident.”

The camp literature also promises discussions on Torah and Halacha, understanding and confronting terrorism, fighting anti-Semitism, the history of the Zionist movement in the Land of Israel, and encouraging participants to “know your rights and learn how every American can and must be legally armed and how to express the Second Amendment” – the right to bear arms.

Funded by tuition money and a handful of private donors, the group does not exclude secular Jews, Stern says, but asks that they respect the Orthodox nature of the camp by observing Shabbat in public and refraining from bringing non-kosher food.

“We wouldn’t have a problem with non-Jews coming either,” says Stern, “but no non-Jew has applied thus far.”

>>>> Aside from the sheer stupidity of the Israeli man interviewed, something like this leads one to ask, “And why can’t the Muslims arm and defend themselves and rush to the defense of the Muslims who are being attacked in America… why can’t we create a group of Muslims who are trained to stand guard at the Mosques and to protect Muslim business?” The Muslims are harassed in America much more than the Jews are. How often are the Jews in America attacked in any case? It’s hilarious… because they are hardly attacked.

Of course it’s not possible for Muslims to have such a group in America; because for the Jews it’s about “rights” and for the Muslims its about “terrorism.”

Yet another example of the hypocritical double-standard of the American Government. It’s a Zionist Government and that’s why they allowed it. (prince/arrahmah.com) 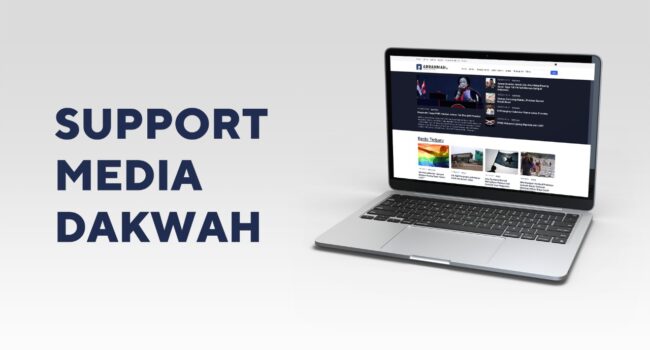